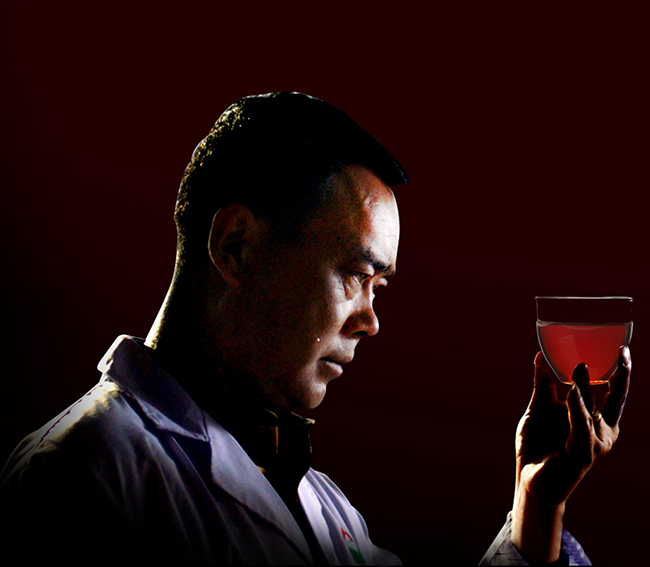 Master of Blending | XUE LIN. The Inheritor of Dianhong tea production techniques.
Chief blending specialist of Dianhong Group. The reason why Dianhong tea can maintain its stable taste for decades is due to the skill of the blending masters. After decades of practice，Mr. Xue Lin formed his own secret methods. First of all, the pre-sampling should be performed in a way that each item was evaluated and compared according to the appearance and the endoplasmic factors. After the samples meet the processing standards, the pre-blending teas were proportioned and stacked together. Then, after consolidating and carefully reviewing, the next operation can be carried out. Blending is an important part of the second processing processing of Dianhong tea. The proportion of blending rations can affect the tea quality and other technics.