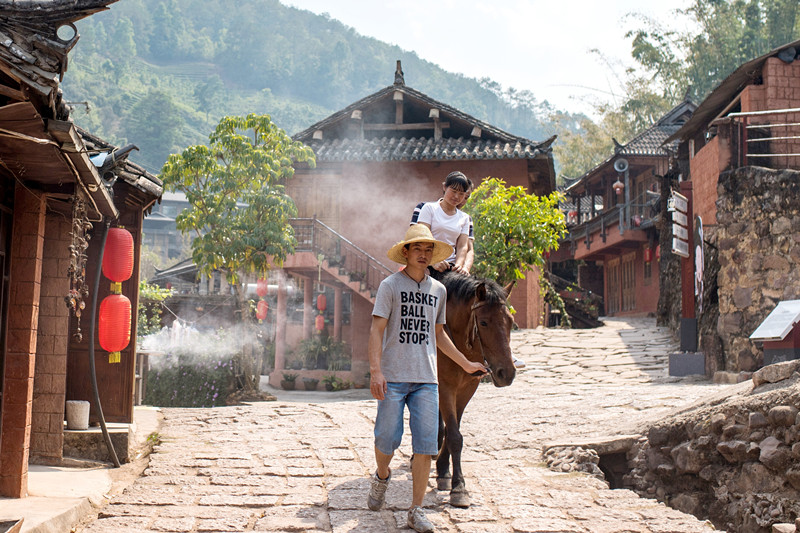 Nakeli, with only 66 households, is a small and seemingly secluded village hidden in the mountains of south Yunnan’s Ning’er Hani and Yi Autonomous County. It used to play as a key stop on the renowned “Tea-Horse Road” in southwest China where innumerable horsemen and merchants visited, stayed and then plodded on with their journey from there on a daily basis. And now, it has been transformed into a popular touristic site. The legendary culture of caravans arouses the interest and curiosity of crowds of tourists.

If you set off from Ning-er, a slightly awkward bridge would soon come into your sight after about 40-minute drive along the winding road down to the river bank. This is a steel-made suspension bridge paved with broad and bulky planks on it. You could verily feel the splashing rapids underneath your feet while standing on the bridge. 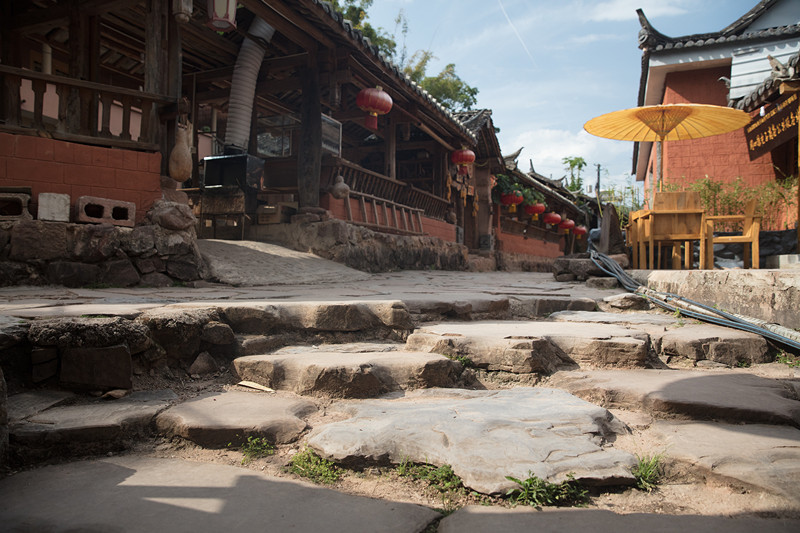 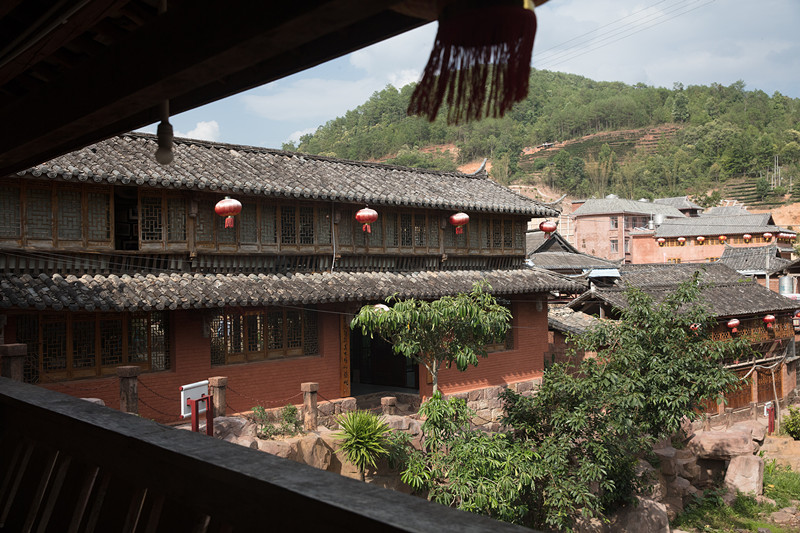 Nakeli is located in the mountain some hundreds of meters above the river. It, in fact, can only be reached by stepping up a precipitous stone path along cliffs. The village itself looks like a place of centuries ago, with many old folk houses erecting inside. Houses are interconnected by numerous small stone pathways, and villagers can be found peddling plantains and cured pork at corners.

According to Pan Jianhua, a local publicity officer, “Na-ke-li” is a word deriving from the Dai minority of Yunnan. “Na is field, ke is bridge, and li simply means good. So Nakeli can be literally translated to ‘a good field beside bridge’”.

The Tea-Horse Road is a tough ancient trade route traversing through the mountainous areas of southwest China which connects today’s Yunnan, Sichuan and Tibet together. And Nakeli village was a crucial stop sitting right on this route where nearly every long-distance caravan had to pass through. “People also called this place ‘Ma-ku-li,” meaning the ‘spot that even makes horses cry’,” Pan said.

The Culture of Caravans Still Remains

Nakeli has a glorious past. Its history can be traced back to the early period of Tea-Horse Trade beginning more than a thousand years ago. And its status as a prosperous economic hub lasted until the early 20th century, when trade of Yunnan’s famed Pu’er tea for the horses of Tibet, or vice versa, could be seen in the village every day.

Such boom apparently stimulated the local economy of Nakeli. A large number of caravanserai thus started to flourish around the village. The Rongfa Caravansary is an example. Built in 1931, Rongfa has witnessed the vicissitude of Nakeli for almost two centuries. “My family has run this place for generations, and I still remember the heyday of tea-horse trade when this street outside my house was flooded by all kinds of people,” said the owner, Li Tianlin. 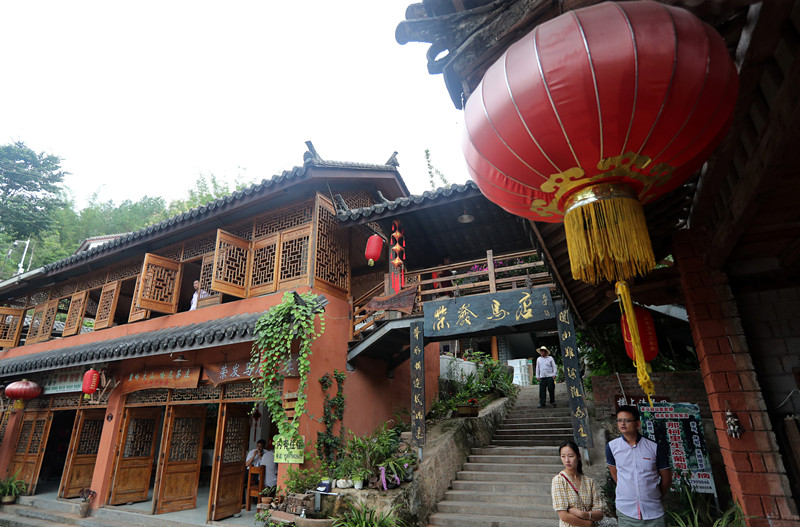 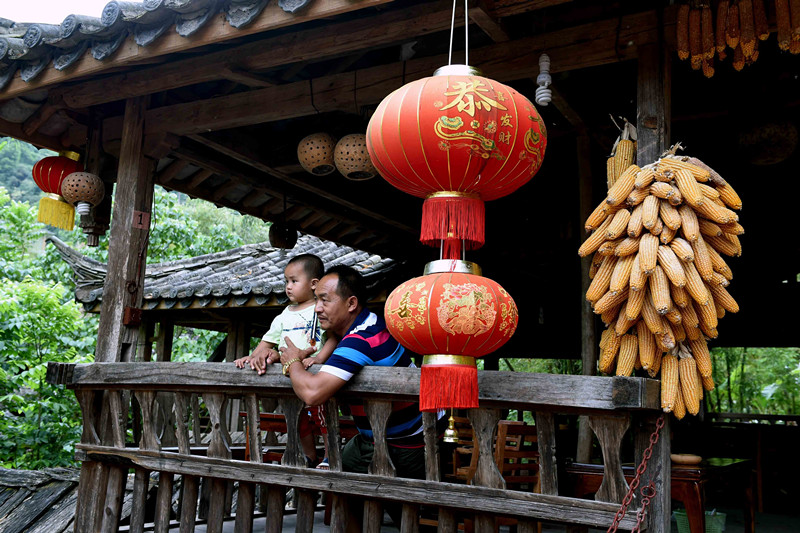 The caravansary remains the same as it looked like decades ago. The manger still sits at its old place outside the door. Those old items on display – kettles, oil lamps, bronze horse bells and linen sacks – seem to have endless stories to tell.

Today, neither merchants nor horsemen can be encountered on these rugged stone slabs. The cultural legacies of the Ancient Tea-Horse Road, however, have been well-preserved. The footprints left deep in rocks by horse shoes are the best evidence. In 2013, this part of the road near Nakeli was selected by the State Council of China as a Key Cultural Relics Site under the State Protection. 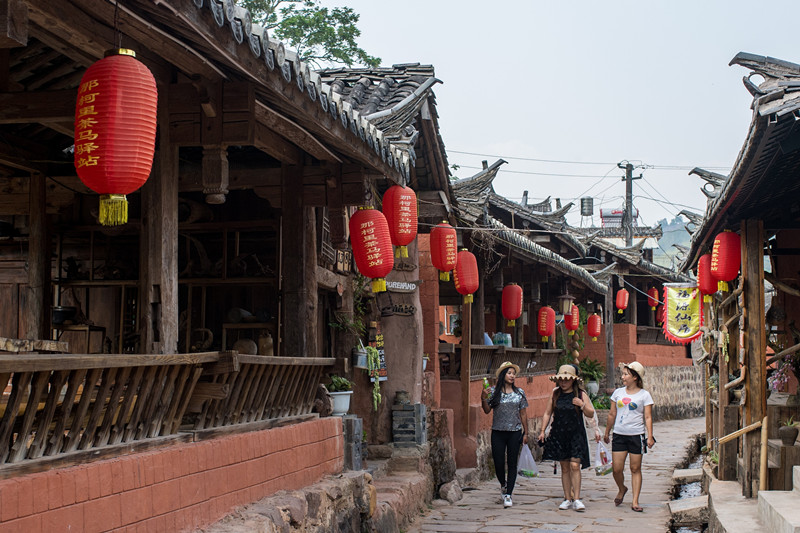 The Rongfa caravansary has been turned into a small museum and restaurant where tourists are able to learn the history and culture about the Tea-Horse Road, and taste a few local delicacies. And every time when ethnic festivals arrive, the villagers of Nakeli would all put on their traditional costumes for singing and dancing. Souvenir shops selling various kinds of handicrafts have also been built up in the village.

Tourism has greatly changed the destiny of Nakeli and let it revive again. This must be something that those caravans of hundreds of years ago could never foresee.