Banggai tea area(邦改茶区)
Banggai Village Committee(邦改村委会) has one Lahu and four Han villages, all of which are dominated by tea. The first big stockade we saw in Banggai was Lahu nationality stockade. The people of Banggai were called Banggai Dazhai(邦改大寨) or Banggai Laozhai(邦改老寨).
There are 99 Lahu ethnic groups in Banggai village, which is the second largest Lahu ethnic group in Mengku western half mountain after Xiaohusai. The site of the ancient tea garden can be seen 300 meters away from Bangjian Dazhai, leaving only some ancient tea tree stumps.

Yaojiazhai Village(姚家寨)
Yaojiazhai is the nearest one among the four Han villages in Banggai, less than 300 meters away from the old village. Near the ancient road of Yaojiazhai is the oldest tea garden in Banggai. Unfortunately, only about 10 tea trees with a height of 4.5 meters and a tree circumference of more than 80 centimeters are preserved. The rest are large tea stumps that have been cut off.

Yizhai（以寨）, Waizhai（外寨） and Xiazhi（下寨）are the other three Han villages in Banggai. Tea gardens of three villages, each half kilometer apart, have been closed. Most of the tea gardens in Bangjiao from 1900 to 1980 were in this area. Shuangjiang people knew that Shuangjiang had not introduced tea species from other places before 1983. Tea species were collected from Mengku area. People called these tea authentic Mengku big leaf species.

In 1954, Banggai set up a tea purchasing station. In 1957, under the training and instruction of technicians sent from Lincang Special Zone, the modern processing technology of tea has been continuously improved. The processing quality of tea is very good. Most of the tea has been purchased by Shuangjiang Mengku Tea Company(双江勐库茶叶公司). 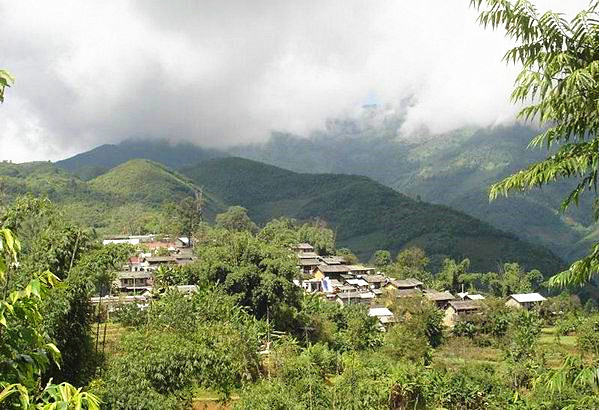